Strength Training is essential if your main sport or type of training is predominantly endurance-based. This includes athletes looking for a personal best in their next endurance event, whether it be a marathon or cycling event or recreational runners looking to improve running efficiency. Even if you enjoy long distance walks or enjoy hiking – it is highly recommended to include a resistance (weightlifting) program into your schedule.

Strength Training with a qualified Strength and Conditioning coach will help reduce injury, identify your movement and posture imbalances/impingements and of course increase your performance on the track, in the pool or both! 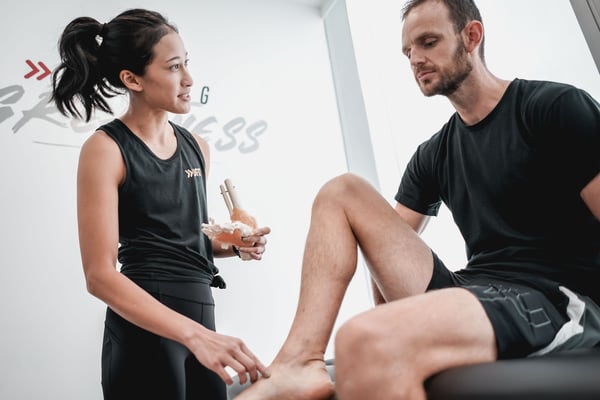 There’s nothing worse than injuring yourself after months of hard training to then have to stop and watch your gains decline as you rehabilitate and recover. Injuries predominantly found in long distance runners include plantar fasciitis, Runner’s Knee, Achilles tendonitis, knee synovitis and lower back pain mainly due to overuse or poor running technique.

Several studies have identified weak muscles in the hips and lower extremities as a prime cause of Injuries in long distance runners.  An injury to the hip known as ITB syndrome was diagnosed amongst runners – however, rehabilitation and strength exercises resulted in a resolution of symptoms in 22 out of 24 cases in just 6 weeks.

Further studies have also found that instability and weakness of the core (pelvic girdle, spine and hips) increases risk of injury in runners. Movement studies have discovered joint dysfunction from the spine to the feet can cause major compensations when running - resulting in injury. A program that encourages you to use the muscles surrounding the ‘core’ correctly can help distribute impact forces (when striking the ground) equally, provide optimal control and reduce excessive forces through the joints and increase efficiency of running (run faster for longer!).

Speak to a qualified strength coach or physiotherapist who will diagnose your weaknesses and give you the correct exercises to rehabilitate and help prevent an injury occurring.

2. Performance: How do we know strength training Increases endurance performance?

Reducing your susceptibility to injury is of course a huge advantage when preparing for competition or general health. Once your strength and conditioning coach has identified your weaknesses and corrected your movement you can begin to utilise the benefits of a resistance training program.

As an endurance athlete it is important that the strength training does not harm the cardiovascular adaptations that have taken place from previous training. The study found that capillarisation (transportation of blood) was unchanged in the strength and endurance group. Capillarisation is the increase in blood vessels which increases the amount of oxygen that can be delivered to the muscles – so there is no need to worry about your cardio gains! 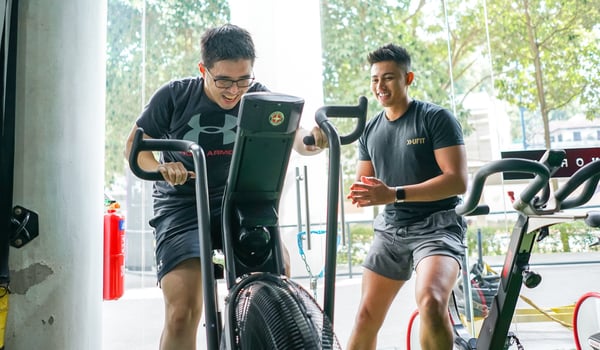 3. Performance: How does Strength Training Help with Endurance Events?

Now you have seen the evidence for the integration of a resistance programme you may want to know how your body adapts to the training and the resultant increase in performance.

Endurance is the ability to perform large-muscle, multi-joint exercise at moderate to high intensities for long periods of time. A runner will move faster and more efficiently by increasing the force they can apply into the surface they run on. By training the correct muscle fibres at high loads (Heavy Back Squats) the force a runner can apply into the ground will Increase.

The best results come from moving the weight as fast as possible. For example, A runner with a 1 rep max back squat of 100kg should be squatting 80-90kg for 3 reps in an explosive but controlled manner. This rep range will increase the rate at which you can produce force. Furthermore, working in rep ranges between 1-5 will limit hypertrophy (muscle growth) and limit soreness which may hinder performance during your endurance training.

Furthermore, Strength training increases neural adaptations (the ability to move better with load through a relationship built between the brain and the relevant muscles). Therefore, it is important the strength exercises used are specific to the endurance sport you’re participating in, for example a rower should perform a squat as it mirrors the movement patterns that the sport requires. With increased neural adaptations and the ability to increase more force into the ground (if running) a more efficient and economical movement pattern will prevail and result in those improved times you may have been chasing. 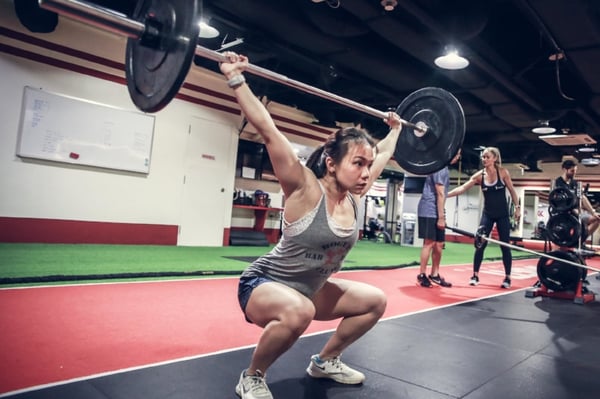 Hopefully you feel inspired to pick up a barbell and begin your journey with the weights section of the gym HOWEVER, it is highly recommended to begin your training with a qualified strength and conditioning coach who can coach you through the correct movements and those relevant to your sport.