How to progress in your squats without pain

The squat is a common assessment tool that many coaches will use even before designing a training program for you. It is also one of the most popular exercises in your programming, whether it is for strength, weight loss or rehab from injuries.

Squatting is one of our primal movement patterns that makes up all the activities that we do everyday. If done correctly, squats can actually help to reduce knee pain, build lower body strength, and improve sporting performance. (Bonus – incorporating squats into your workouts also build those strong shapely glutes that nicely fill out a pair of fitted jeans.)

Despite having done it since we are toddlers and its many benefits, a lot of us still have difficulty performing it correctly, without causing knee pain or lower back discomfort. We often see people avoiding this exercise, claiming that it “causes knee pain”, but many times this is actually due to performing the exercise incorrectly.

The key to a pain-free and effective squat is to load the hips first and not the knees, but this is sometimes easier said than done! Which is why we have come up with these squat progressions to help you build up to a strong and correctly executed squat.

*** Basic Squat Technique - Start with feet at shoulders-width apart, look ahead, maintain a neutral spine, and sit back into the squat. Keep you core braced and drive your knees out and maintain good toe, knee, and hip alignment.

To squat effectively, we need a good ankle and hip mobility, as well as the ability to keep our body stable through these joints as we progress to a loaded squat. Here are some simple ways to progress your squat effectively: 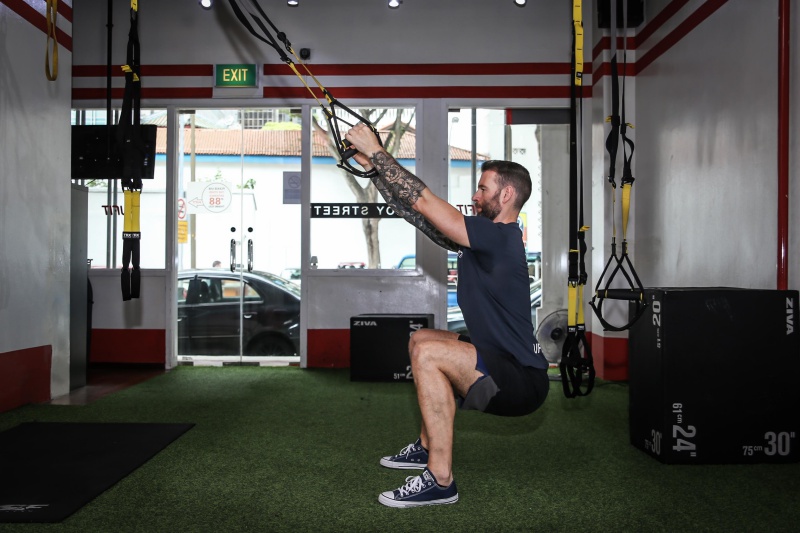 This allows you to sit back in the squat as it maintains your upper body and is a great way to build your squat depth and confidence. 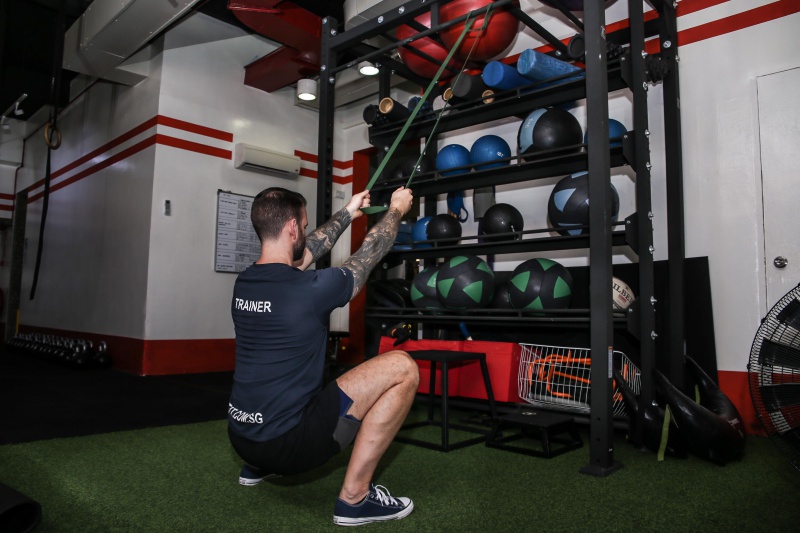 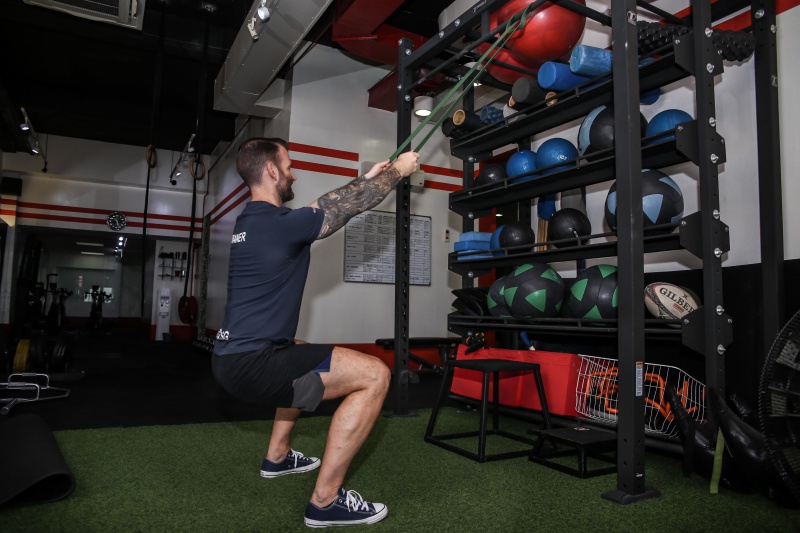 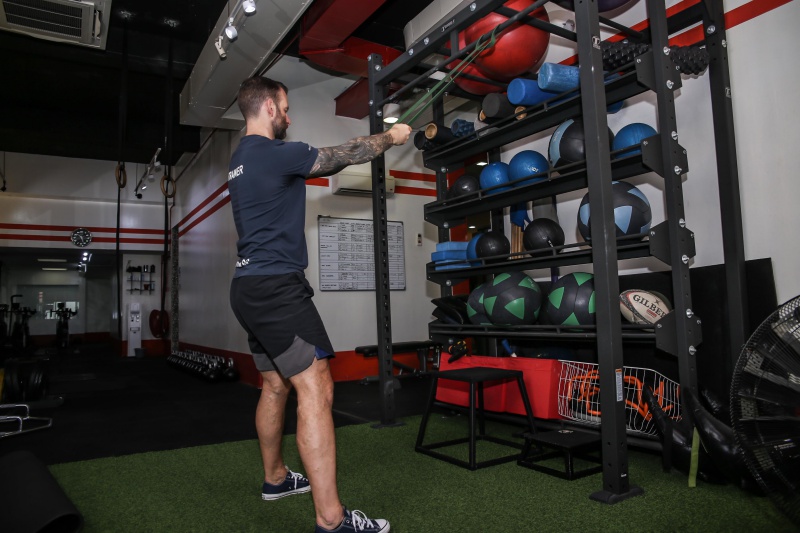 This is very similar to the TRX squat. But as the resistance band is stretchable, it is less stable and not as ‘fixed’ as the TRX, requiring you to control the movement and stability of your body slightly more than the TRX. 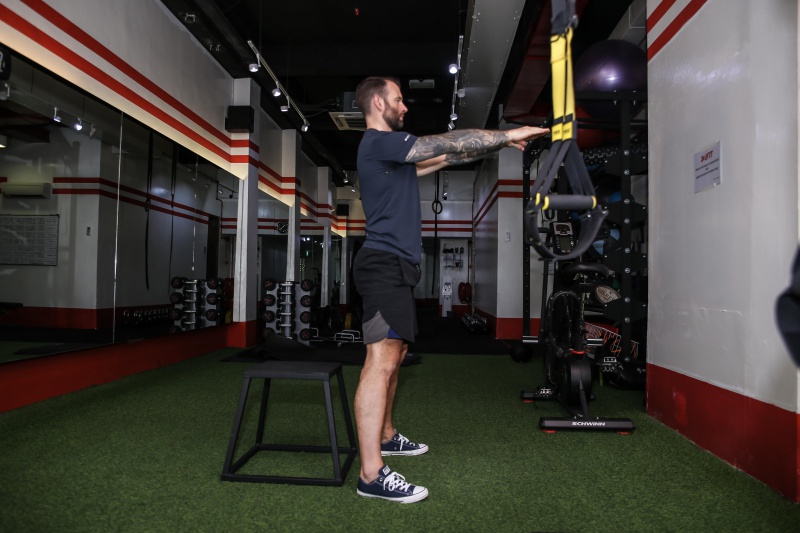 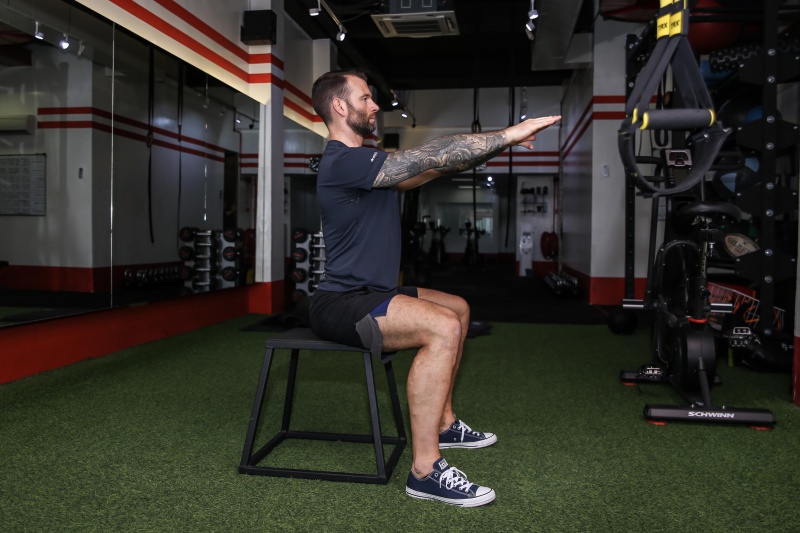 We now need to maintain our torso position, but the box reduces our range of movement and helps us to shift our weight backwards. This is a great way to help build correct knee position and a safe squat depth. 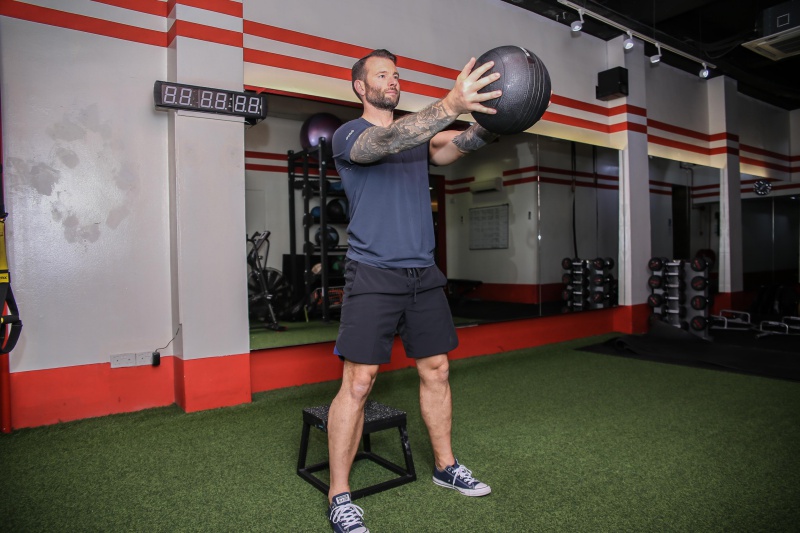 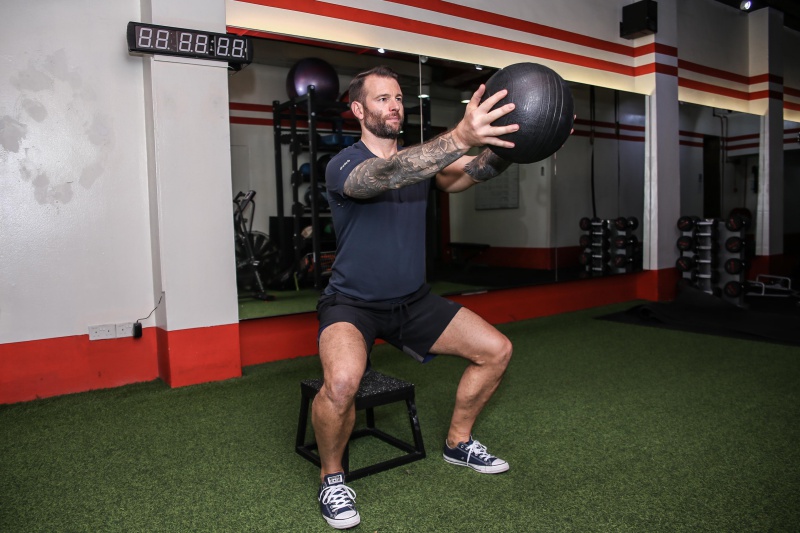 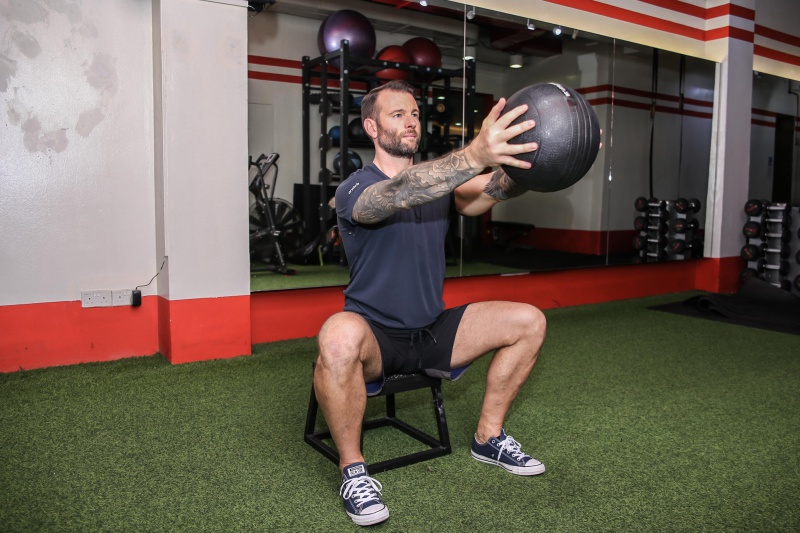 As your core gets stronger, you can switch to a lower box that allows you to squat deeper. We now introduce a counterbalance by pressing the ball in front as we shift the hips back. This a great way to maintain stability and an upright torso position as we squat through a greater range of motion. 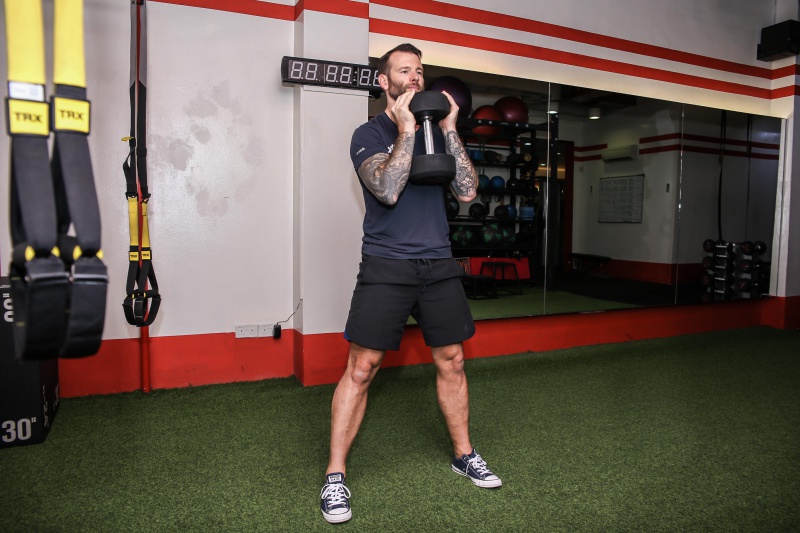 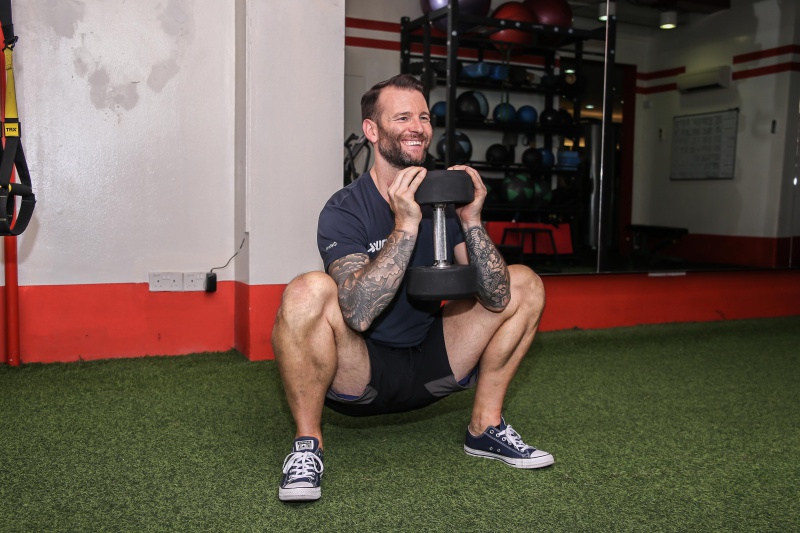 This exercise is many coaches’ staple, as the position of the dumbbell or Kettlebell helps maintain core stability and a better center of gravity, which actually makes it feel easier than a bodyweight squat!

Once you are comfortable performing the goblet squat, you can increase the load or progress to a front rack Kettlebell squat, barbell front squat, or barbell back squat.

Our advice would always be to find a qualified coach to assess your movement, mobility, and squat technique so that they can correctly advise on the progressions that you need. But in the meantime, you can give the above 5 squat variations a try! 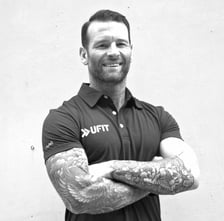 Leigh Withers is a Personal Training Manager at UFIT. Since making a career change from financial accounting 11 years ago, Leigh has lived his passion for the fitness industry in the UK, Middle East, Asia and Europe. He’s worked with some of UK’s leading fitness educators, such as Discovery Learning, Fitness Wales, Train Fitness, along with Cardiff Met University.

During his time in the Middle East,  Leigh was part of a ground-breaking project to deliver industry-accredited training qualifications to leading gyms in the UAE.  He played a key role with the Bahrain Military Defence Hospital to provide training and education to their physiotherapists who were leading the country's first Centre of Excellence Obesity Project. He also worked with Bapco and the country’s leading dietician to front Bahrain’s ‘Biggest Loser’ campaign, and presented to hundreds of employees.

Leigh has spent time training with some of the leading figures in the industry, and has recently completed his Certified Physical Preparation Specialist Certification (CPPS) with Joe De Franco and Jim Smith at the Onnit Academy in Austin, Texas.