What Are Plyometrics And Should You Be Doing Them?

Plyometric training or “Plyometrics” is a form of training used by many athletes and coaches to improve strength, speed, power, jumping and speed when changing direction. 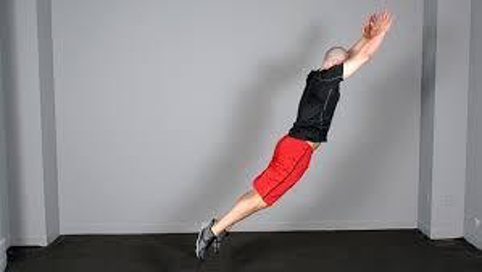 What is plyometric training

Plyometrics are a form of training that attempts to combine speed of movement with strength. It mainly revolves around the athlete jumping, hopping, bounding and/or skipping. Plyometrics are generally considered to be high-level exercises, but are present in most of our daily activities, and therefore, should be part of most rehabilitation and training programmes for all levels of athlete3.

Plyometrics usually consist of an eccentric (lengthening) contraction of a muscle followed by a concentric (shortening) contraction of the same muscles. In short, it aims to use the stretch reflex of a given muscle and the elastic energy that is stored in a stretched muscle to enhance an immediate subsequent contraction in that muscle. As stated above, they are designed to increase speed, power, and explosiveness. Plyometric training also typically involves rapid reactive contacts with a surface (e.g. foot contacts during sprinting).

The reactive strength index is another way to measure plyometric ability, more specifically, the reactive jump and ground contact component of an exercise. Primarily done using the drop jump test, it is calculated by dividing jump height by ground contact time. This calculation will often dictate the level of plyometric exercise that is performed. Measuring RSI does however, require the use of specific equipment which is usually only available in elite-sporting contexts. Therefore, it is not always essential for the everyday athlete, but benefits those where maximal performance is a primary goal.

Why is plyometric training important?

Sports specificity has become increasingly common in recent times, from both a rehabilitation and athletic performance perspective. This has resulted in rehabilitation and training programs becoming very detailed. Plyometric activity, and particularly, the jumping movement is present in many sports such as gymnastics, basketball, volleyball, changing of direction in rugby, and even sprinting in the 100m. Running is also widely considered to be a series of jumping and landing sequences. Plyometrics have been proven to improve running economy or efficiency, which essentially means less energy is being expended. Therefore, we can justify that plyometric training should be used in the design and implementation of the all rehabilitation and training programs.

The physiological basis for improvements in performance from plyometric exercises revolve around increased power and velocity, increased rate of force developments and increased energy storage in muscles and tendons which results in higher levels of muscle activation. Peak performance also involves a huge amount skill, and plyometric exercises can often be complex skills which require appropriate exposure in order to learn and progress accordingly.

Huge amounts of research have been conducted on plyometric training and its benefits. To date, plyometric training has been shown to improve the following physical qualities in a variety of populations: strength, speed, power, change of direction speed, balance, jumping, throwing, kicking and bone density2,3,5.

When returning from injury and looking to improve performance, plyometrics are sure to be an important part of all stages of the rehabilitation pathway. 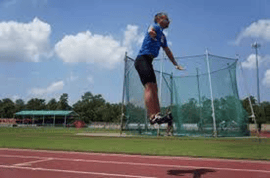 Currently, there is no consensus in the literature in regard to implementing plyometrics as part of a rehabilitation protocol2. The type of exercise, and also the frequency and difficulty of prescribed exercises will be determined by a variety of factors.

These include: injury history, training history, the type of sport or activity you participate in, the level of sport you are currently participating in and the phase of training currently being undertaken. It is important to follow closely the instructions and guidelines of your coach or physiotherapist when undertaking plyometric training.

We can think of plyometrics with 3 main considerations:

Finally, it is vital all strength and conditioning coaches and physiotherapists have a good understanding of how their athletes individually differ and how best apply to principles of plyometrics to individualise their training programs. 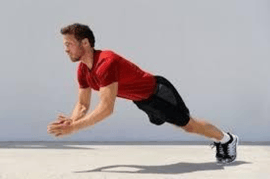 Plyometric training is primarily used as a training tool to enhance athletic performance and to help athletes return to high levels of training post injury. It revolves around developing high amounts of force in muscles, over a short period of time. Given the nature of high-intensity training such as plyometric training, it is important to liaise closely with a physiotherapist or strength and conditioning coach prior to including them in a training program.  However, they have been proven to be a useful training method for enhancing and improving athletic performance and helping athletes return to full fitness.

UFIT offers a holistic approach where our teams of coaches and physiotherapists work hand-in-hand to look at programming for your rehabilitation.

Thank you to Peter Tierney of the FA, for providing feedback on this particular article. 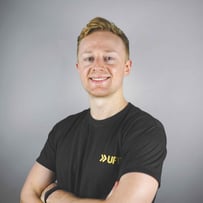 Greg is a Physiotherapist who graduated with a BSc. in Physiotherapy from the Royal College of Surgeons in Ireland along with a previous BSc. in Health and Performance Science from University College Dublin. An avid sportsman who played rugby, soccer, golf and athletics growing up, Greg worked alongside rugby teams as a physio and strength and conditioning coach in Ireland before working in a public hospital in Singapore with rotations in MSK and Sports Medicine.