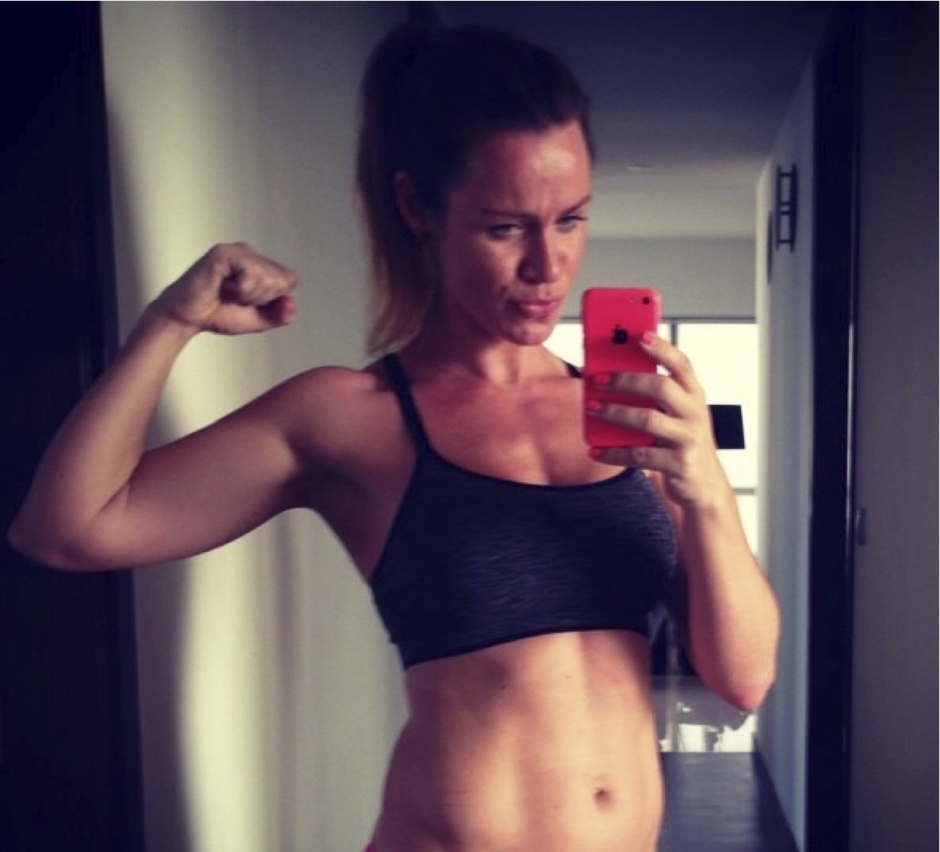 Rebecca Scott-Martin- is UFIT’s own White Collar Boxing fighter of the night!

On Saturday 11 October, Becky went toe to toe with her opponent under the lights in front of 1500 people and not only won her bout but also claimed title of fighter of the night at the Suntec City. Her win was the result of a massive amount of training; hard work and dedication by not only her, but her UFIT coach Lawrence Cartwright as well. Read her training schedule and diet plan in the lead up to the fight here…..

3 months ago, Becky had no prior boxing experience. An interest in dancing whilst growing up gave Becky an edge in her boxing training- the ability to learn routines and combinations with ease, as she had experience learning choreography from dance classes. Her dance training also gave her an edge with her fast feet movements around the ring. Becky had previously done a lot Olympic lifting, so she already had al lot of strength and power. Once her technique was perfected during training her punch was delivered with stinging speed and crushing power.

Example: in the UFIT studio lane, Becky would work on 1 combination that involved:

# Then straight back in to repeat this cycle 3 times

Becky experienced training outside in 30degree heat, with a mouth guard in and head gear on. Lawrence would say “Train uncomfortable and fight easy”. Tough mantra Lawrence, but something Becky now attests to!!

Last 6 weeks before the fight

2 weeks before the fight

Last week before the fight

Wednesday, Thursday, Friday before the fight

# Shadow boxing for around 20mins

Night Before the fight

Morning off the fight

The bout involved 3 x 2min rounds with a 1min break each round.

Becky didn’t give her opponent Sim room to breath and the bout was non stop work for Becky. You could see how much fitness training Becky put in to punch for 6mins non stop.

Becky won the fight unanimously with all 3 judges scored Becky winning every round.

Not only did Becky win her bout but she was fighter of the night as well.   Lawrence comments that “she won this because her skill and technique was un comparable to all the other fighters and had a bigger variety of shots-ie punching to the head and the body”

Exactly the same thing every day.

Morning wake up 5am: Black coffee

Breakfast, 9am: rye toast with avocado, 2 scrambled eggs (no diary) and bacon or smoked salmon

cheat day, re-fed usually whatever I fancy but keep to a fasting window. Fast until 1pm and start fasting at 6pm.

Becky increased her carb Intake due to the intensity of her training but only ate carbs if she trained on that particular day.

Becky’s win is the proof that hard work, dedication and a great coaching team behind you can lead to the ultimate result!