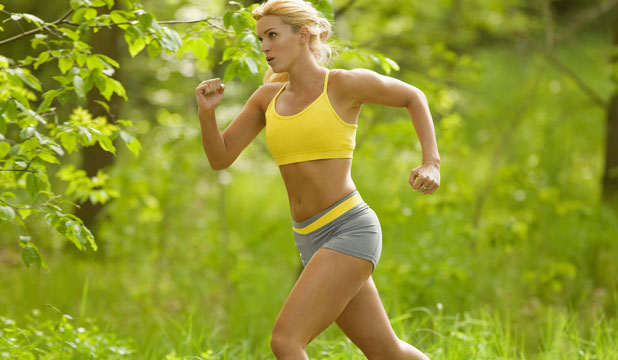 What’s the best way to boost your metabolism and burn more fat? That’s the holy grail for metabolic researchers and people around the world.

A heart hormone, the “caveman diet” and cooler spaces are all potentially promising ways to burn more fat, scientists in Orlando, Florida say.

Long-term, their discoveries could help reverse the twin epidemics of obesity and diabetes. Short-term, their findings can help consumers boost metabolism now.

A person’s metabolism determines how many calories he burns, and many factors affect it, said Dr. Steve Smith, scientific director for the Florida Hospital-Sanford Burnham Translational Research Institute.

“If we can increase thermogenesis, or the body’s ability to burn calories and stored fat, we could stave off obesity and its many related ills,” Smith said.

Natriuretic peptides, which the heart muscle makes when it perceives high blood pressure and during exercise, appear to turn on the body’s fat-burning mechanisms, Collins said.

These peptides also help the body excrete salt, which lowers elevated blood pressure. Thus, doctors have used a biologic form to treat patients who have congestive heart failure. Autopsy studies inadvertently revealed that patients who had been given this treatment had unusually high levels of “brown fat.”

A desirable, active type of fat that actually helps burn fat, brown fat is not like white fat, which is inactive. Everybody has some brown fat, said Collins, who, like others, is looking for ways to activate and make more of it.

Collins tested natriuretic peptides in mice and found the peptides boosted their levels of brown fat.

Taking Collins’ work from the lab to the clinic, Dr. Richard Pratley, director of the Florida Hospital Diabetes Institute and TRI investigator, is looking to see whether it holds true in humans. He is administering natriuretic peptides to 40 healthy volunteers: 20 lean and 20 obese. He will then measure changes in their brown fat.

If outcomes look good, long-term infusions to improve metabolism and manage obesity may not be far away, Pratley said.

What you can do now: Do anything that increases your heart rate, which will release these cardiac peptides. “There is no escaping the fact that we have to exercise,” Collins said.

Another TRI study underway is comparing the effects on metabolism of a low-carbohydrate diet and the typical diet.

Studies have shown that a low-carb diet is more effective than a low-fat diet for losing weight and lowering insulin, but “something about eating a low-carb diet causes people to burn more calories in ways we don’t yet understand,” said Smith.

To learn why, his team will study men who will live in a rigidly controlled environment at the TRI. For four weeks they will eat a standard diet of 50 per cent carbohydrates, 15 per cent protein and 35 per cent fat.

They will go through the same drill again, only during the second four-week period, they will eat a very-low-carbohydrate diet consisting of five per cent carbohydrates, 15 per cent protein and 80 per cent fat. In both diets the calorie content will be identical and matched to the subject’s caloric needs.

The study, funded by the Nutrition Science Initiative, a San Diego, California-based nonprofit that aims to understand how nutrition changes health, is also being conducted at three other centres across the country. The four centres will collate their findings, said Smith, who aims to have some answers by Thanksgiving.

What you can do now: Cut carbs, and eat more healthy fats and proteins. In other words, “Go paleo,” said Collins. “Cavemen didn’t have many carbs around.”

Seeking comfort is only human, which is why few of us choose to be cold or hot if we have a choice.

“We self-select for comfortable climates,” said Smith. “In environments where our bodies are not trying to get warmer or cooler, we burn the fewest calories.”

What’s more, being cold can wake up brown fat, studies show. A study published last month in PubMed found that subjects who slept in a cool room increased their brown fat, compared with those who slept in rooms that were more moderate or warm.

“When we’re cold, we activate the brown fat we have,” said Collins. “When we get cold, shivering is the first response. As people adapt, nonshivering mechanisms take over, and that involves the activation of brown fat, which goes into overdrive to keep the body warm.”

What you can do now: Forget the sweater. If you feel a little chill, try to endure. Try sleeping in a cooler room, swimming in a cooler pool and taking a cool shower, Collins said.