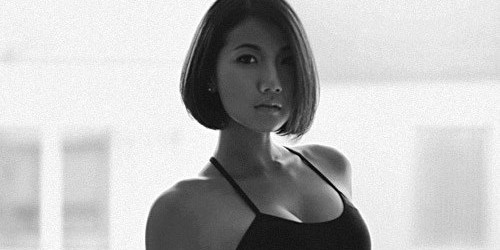 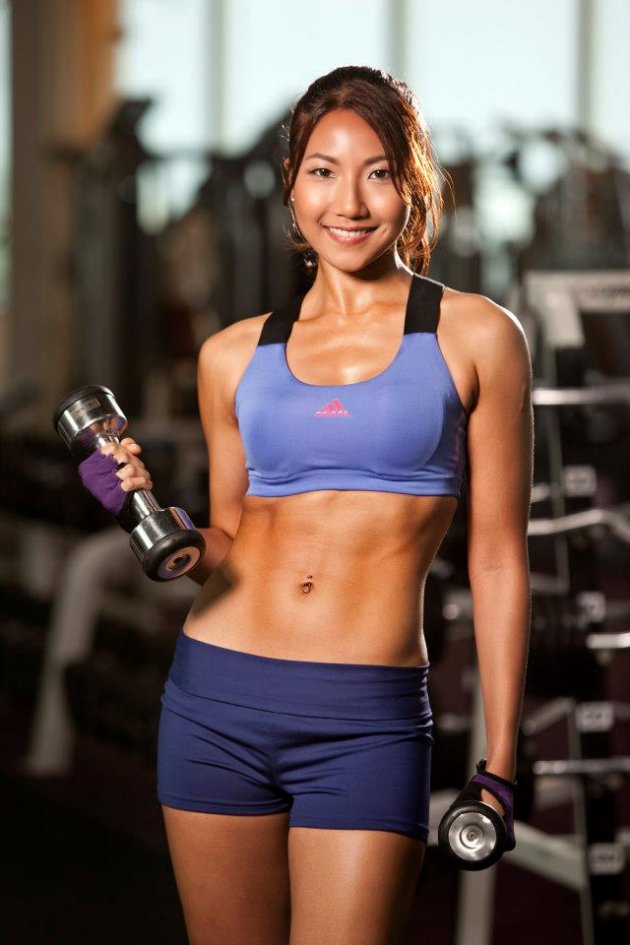 After eight years of modelling and pursuing a career in television and radio, Singapore stunner Fay Hokulani has taken a new leap in her life by becoming a fitness coach.

The 20-something is perhaps best known for having hosted on Singapore TV channel Okto before switching to radio with Malaysia’s Hitz.fm.

But she is also an ambassador of sports brands like Adidas and Maxinutrition, and just last year decided to convert her enthusiasm for an active lifestyle into a profession.

It was a dedication borne out of overcoming the unhealthy, anorexic years of her youth: a past that Hokulani has left behind to focus on the future and a brand-new her, as Yahoo Singapore found out in an exclusive interview.

“I really want to focus on my long-term career now and I see fitness and healthy living as a big passion area that I’ll always be interested in,” she said. 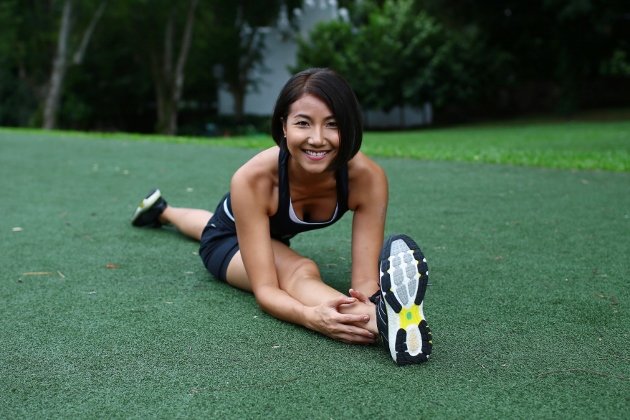 According to Hokulani, she was a skinny kid whose participation in sports was restricted due to low blood pressure, which caused her to faint easily.

Still, weight was never an issue for her 48kg, 1.65m teenage frame – until she enrolled in the Nanyang Academy of Fine Arts to pursue a diploma in visual communications.

Late-night snacking and irregular meals caused her to put on 10kg and she started to feel insecure about her body.

“I realised I was putting on weight and I felt helpless because I didn’t know what to do about it,” Hokulani recalled. “I knew I had to exercise and eat right, but I didn’t know where to start.”

After graduating from NAFA, she flew to Florida, US for a six-month stint in modeling, moving in with an aunt who gave her a book called Body for Life by Bill Phillips.

Hokulani found herself inspired by the book’s positive testimonials of people who successfully changed their lives through exercise and nutrition, and she grew determined to kick-start her own fitness journey.

She began by running and doing inline skating, as well as making healthier food choices while eating out and doing more home cooking.

When she returned to Singapore in April 2008, Hokulani joined a franchise gym and took up a few personal training sessions. But the struggles with her self-image weren’t over yet.

As a model, she faced inevitable and regular pressure to look good by industry standards, and as a result, briefly fell prey to anorexia. 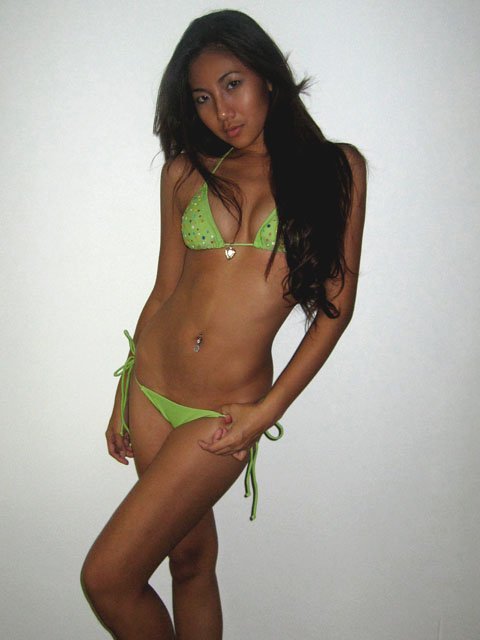 Hokulani became unhealthily skinny by barely eating and forcing herself to run every day.

“I was obsessed with losing weight that I would refuse to eat. When I felt depressed, I would end up binge eating,” she said. “My weight fluctuated and although I was aware that it wasn’t going to work out in the long run, I continued not to eat as I became very conscious of my body.” 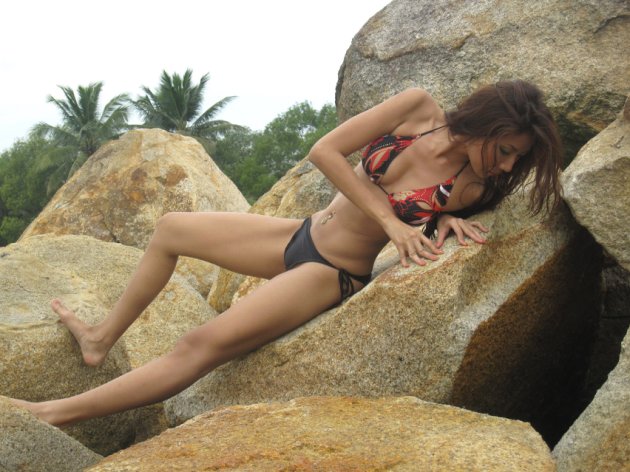 Thankfully, with help from her friends, Hokulani snapped out of it after a few months and started eating healthily again.

“It’s important to open up to others and get support. I realised I had a problem with anorexia and that realisation is the first big step into recovery,” she explained.

“Stick to a regular eating schedule, start with breakfast and make sure you have a meal or snack every three hours. Instead of focusing on what you shouldn’t eat, focus on nutritious foods that will energise and make your body strong.”

All this while, she also kept a blog  to document her fitness journey, which eventually gained sizeable traction to the point where she realised it was helping her “grow credibility within fitness and health”.

So in 2012, as Hokulani spent time in Kuala Lumpur clocking various modeling and hosting gigs, she obtained a personal trainer certification from the widely-recognised American Council on Exercise (ACE).

She moved back to Singapore last July and found the country in the perfect state for her to begin her new calling.

“(Singapore is) a great place to start a career in health and fitness, as a lot of people are getting into it,” she noted. “And there are lots of gyms opening up in Singapore to reflect that growing demand and lifestyle shift.” 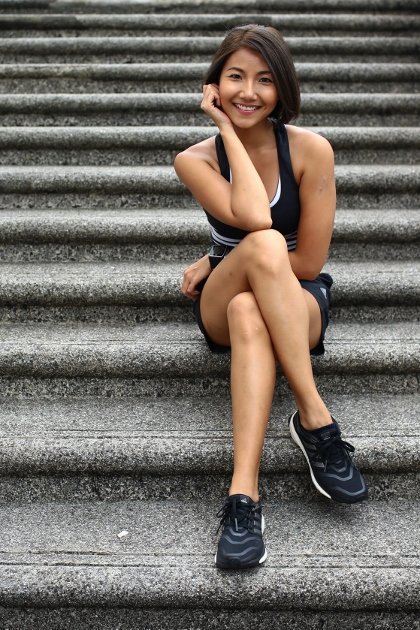 Although she has been working at UFIT Singapore as a part-time personal fitness coach since last October, Hokulani hopes to eventually step out and carve a niche of her own.

“I want to specialise in outdoor training, with functional bodyweight workouts and also simple equipment that can be taken anywhere,” she shared.

Hokulani also emphasised the importance of practising portion control, recommending “a lot of vegetables and lean protein but not forgetting complex carbohydrates for energy too”.

Her current workout regime consists of a mix of interval training, boxing, yoga and weights. She avoids dining out during the week, choosing to eat at home instead, but goes easy on herself during weekends.

Having been there and done that, Hokulani understands just how damanging body insecurities can be, and has a message for those affected: “Integrate exercise and movement into your daily life. Consciously try to stay active every day and dedicate the time to be healthy not just for yourself but with your friends and family.”

She added:“The best reason you can give someone for adopting a healthy lifestyle is by doing so yourself, and letting them see how the change has helped you both mentally and physically.”