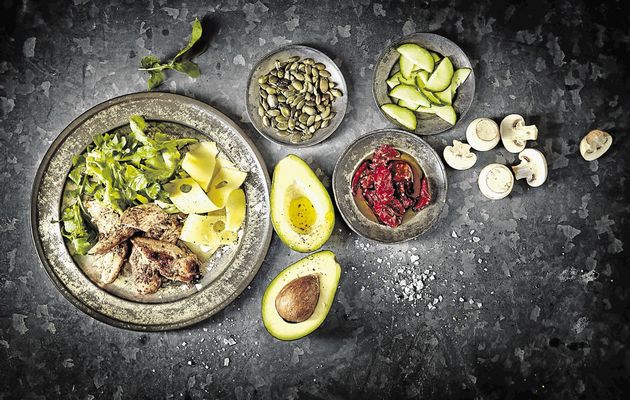 In the past our Grandparents and Great Grandparents generally ate 1-2 meals per day. These meals were split into three categories: high fat content, medium protein content and low volumes of carbohydrates. When agriculture was introduced and became the ‘norm’, we saw a rise in obesity.

Check out this great article talking through ‘banting’ style of eating.

If you want to get involved in reducing your excess body fat for a summer body of your dreams, contact becky@oldsite.ufit.com.sg and join our Clean & Lean Challenge 3 starting Monday 30th June for 27 days… be quick, registration closes today!

In time, the term to ‘bant’ was introduced into the English language. It referred to the use of this low carbohydrate diet for weight loss.

Indeed ‘Banting’ was the standard treatment for weight loss in all the major European and North American medical schools for nearly 100 years until it suddenly went out of fashion after 1959 when it was written out of all the major medical and nutritional textbooks, to be replaced with its polar opposite, the currently popular low fat, high carbohydrate, ‘heart healthy’ diet.

Dr Robert Atkins re-discovered “banting” in 1974 and his name is now incorrectly used as if he was the first to describe this eating plan.

In the launch edition of Fair Lady Editor, Suzy Brokenshaw’s new magazine, Lose It (April 2014), they explore the Banting diet from a dozen different angles and offer readers 67 delicious new recipes. Here we republish an extract on the rules of Banting from this exciting new magazine.

1. Remember: this is not a high protein diet. It’s a high fat, medium protein, low carb way of eating

2. Choose real foods that look like what they are, and cook them from scratch

4. Eat only when you are hungry; eat until you are satisfied – then stop

5. Don’t eat when you’re not hungry. You won’t die if you occasionally skip a meal you don’t feel like eating.

7. No sugar. It’s an addiction, and it’s probably best to go cold turkey. But if you need to make it a transition, substitute with Stevia, Zylitol or Erythritol – NOT artificial sweeteners.

8. No grains of any kind

9. No (or very, very little) fruit. Think of it as a sweet rather than a health snack.

10. Embrace eggs. They’re healthy, satisfying and very good for you.

Health24 asked Prof Noakes to give us an idea of what one can eat on the Banting diet.

“I eat eggs, bacon, sausage for breakfast OR cheese, yoghurt and the previous night’s fat/protein meal.

For lunch I will snack on cheese, nuts, biltong and for dinner one of the delicious meals from Real Meal Revolution with lots of vegetables/salads.

Once you get the addictive sugar/carbs out of your diet, your brain will automatically regulate the number of calories that you need so that your body weight eventually becomes the weight it is meant to be.

It is the carbs that drive overconsumption of calories and once they are removed from the diet, the brain of most people will normally adjust very quickly and their weight loss will begin very quickly.

Some people experience what’s known as “low carb flu” which could include lethargy, brain fog, nausea, upset stomach and headaches.

Prof Noakes explains that these symptoms are usually due to withdrawal of the sugar addiction and that it will go with time. Usually people notice very quickly that their energy levels go right up and they start feeling great.